Have your reading tastes changed over the years?

Have you ever thought about it, noticed it or wondered when, how, why?

I am extremely interested to hear any of you views on this, particularly your ideas on what prompted the change.

I have always been an avid reader. As a child I devoured books; I loved Enid Blyton, the Hobbit, Harry Potter, Robert Muchamore, David Eddings and so many more. As a teenager I read more than ever.

My Mum sometimes said that I would read anything with words on it, it was only when in the school library one day trying to choose a book that I considered this statement and whether it was really true. The librarian was trying to help me out by asking what sort of book I wanted to read. That was when I realised I wouldn’t, in fact, read anything. I had extremely specific tastes. I think maybe when I was learning to read, I would read anything, they joy of being able to read probably eclipsed anything else, the magic of creating whatever was written about in your head is exciting, particularly when it’s new. By the time I was in my early teens and trying to choose a book in the library I seemed to have a very narrow area of interest.

With my current ‘read 1 book a week’ aim I am attempting to read a variety of books rather than sticking in one genre. Through this and a few conversations with friends, it has dawned on me how my tastes have changed over the years. The change that struck me most is that non-fiction appeals to me now the way it never did as a child. I want to read a book on physics, on gardening, on social science. Bee keeping interests me, projects fascinate me, and people’s everyday lives now have a draw. When discussing this with a friend we decided this was a common evolution in peoples reading preferences.

Whilst you go through school, and university to an extent, you are surrounded by new information. There’s a wealth of topics and ideas being fed to you constantly, there’s no need to hunt them out. You are constantly being validated and reassured by teachers, parents and supervisors, you know when you are doing things right and wrong. By the time you’re an adult, working in the real world most of this stops. The information being fed to you daily is usually in a narrow band of expertise, if you want anything else you have to go out of your way to get it. In work you may be told how you are doing at your job, but no-one tells you how you are doing as an adult, however you can pick up a book and see how others are doing real life, maybe take comfort in their mistakes, take a few pointers perhaps. For someone outside of structured education I think books can take the place of teachers, both for information and reassurance.

Below is essentially a summary of the books that interested me within certain age frames as a look at how they’ve changed. You’ll notice an area of interest never goes away but more are added.

Fantasy – Not just any fantasy, I never got on with Philip Pullman, and only occasionally with Terry Pratchett, David Eddings was always a good bet. Harry Potter of Course, but perhaps surprisingly not Lord of the Rings. Tamora Pierce also had some great books.

Spy/thriller/Crime– Well the children’s version; Robert Muchamore’s Cherub series about kid spies shot to the top of my favourites list around then.

I was definitely not at this point interested in non-fiction, unless it was showing me how to do a craft. I wanted nothing to do with biographies or diaries. Drama or historical settings did nothing for me and chick-lit held no appeal. All I wanted was a good story.

I still had my old loves now with some new authors, but more importantly I think is that some new areas of interest were added.

Fantasy – Trudy Canavan had joined the ranks along with Terry Goodkind.

Kid lit – Ali Sparks had a fun shapeshifter series and there was The Children of the Red King series by Jenny Nimmo.

Spy/Thriller/Crime – It was the age of the Davinci Code. I asked for book suggestions from teachers and was provided with Dan Brown’s Davinci Code and loved it. James Twining’s Double eagle was also very good.

Chick lit – I came across Katie FForde (who is still my favourite pure Chick lit author), the early part of the Shopaholic series that had been promoted to me by my mum and a few others.

Classics – Say what you will about reading in schools, but it was studying Pride and Prejudice in English that lead me to the realm of classics. I discovered an appreciation of Jane Austen, following from that I enjoyed George Orwell’s 1984, and I had a favourite collection of Mark Twain’s short stories.

Realistic Fiction – this is essentially a genre for those I don’t know what else to call. For example, The Five People You Meet in Heaven, another recommendation I enjoyed.

By the time I was off to University I still would not volunteer to read anything historical, sci-fi-ish or sad to name a few genres.

Traditional Fantasy – I had now mentally split fantasy into two genres, urban and traditional. Traditional fantasy was struggling at this time. I was sticking with the authors I knew.

Urban Fantasy – This genre was booming. It was the time of Twilight, perhaps not the greatest piece of literature but it publicised the genre and from this I found Patricia Briggs who has created some wonderful fantasy books. Shanna Swendson is another author; she seems to have made a unique series equal parts urban fantasy and chick-lit it never fails to impress me how she balanced the two genres.

Kid lit – There were a handful of new authors and series, sometime crossing into other genres. Rick Riordan’s Percy Jackson series is the one I associate most with this time. Ally Carter’s Gallagher Girls was a new addition that could have gone in a young spy section.

Spy/Thriller/Crime – This genre really came on in leaps and bounds around this time. There was Andy McNab, Kathy Reichs and Dean Koontz to name a few. But my all-time favourite author in this genre is Christopher Brookmyre; he creates the most satirically humorous, darkly amusing and extremely clever books, I really can’t praise them enough. 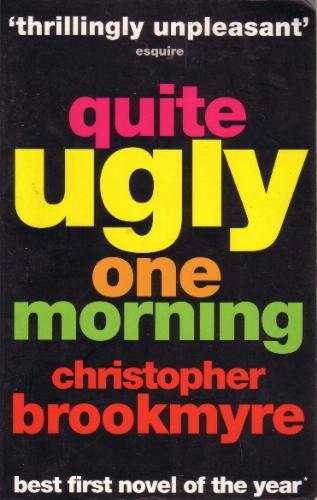 Classics – My appreciation for classics continued to grow. I finally appreciated Shakespeare, or his comedies at least. Much Ado About nothing remains a favourite to this day.

Realistic fiction – As before this umbrella term is for genre-less fiction. To this I added 44 Scotland Street by Alexander McCall Smith. Some may call it Chick lit, I couldn’t despite enjoying it. It’s more of an observation of a collection of people through a section of their lives. Also One Day by David Nicholls. It got a great amount of press, was really enjoyable but I wouldn’t know how to classify it.

Post Apocalypse – Sci Fi is still not my thing, what is my thing is a little subsection of sci-fi that focuses on post apocalypse, specifically ones that don’t involve some sort of zombie plague. I love seeing fictional progression/regression of humanity. I had a book voucher for my 21st birthday and bought the Hunger Games. I am proud of this. It was before it was thing, it was a YA book, and I like it.

I was still uninterested in non-fiction, as a rule avoided history and drama and anything based on a true story was never going to be top of my list – it’s all about escapism.

I won’t bore you with in depth repetitions of all the genres but will provide a few new examples and the new genres I enjoy. In summary, I have never ceased to enjoy a genre, only ever added to it. Reading slowed for times during these years, but even then my tastes have developed and new genres suddenly appeal to me.

Traditional Fantasy – A New Favourite – The Lies of Locke Lamora and a discovery – The Fairy God Mother by Mercedes Lackey.

Post Apocalypse – Earth Abides by George R Stewart. The best example of the type of post apocalypse fiction I enjoy.

Biography/diary – I particularly enjoy these in audiobook format read by the author. Is It Just Me? by Miranda Hart, Back Story by David Mitchell and recently The Happiness Project by Gretchin Rubin (reviewed here).

Scientific non-fiction – Quirkology and Paranormailty by Richard Wiseman. The Number Mysteries by Marcus Du Sautoy. City Farmer by Lorain Johnson. I can foresee this genre being split further and broadening. There is so much to learn about. 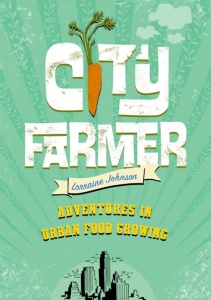 Strange how my tastes have changed. I would never have believed I would one day enjoy biographies or non-fiction, and yet I do. Maybe One day I will become one of those people that like Historical fiction, I can sense it coming already, I like TV series set in Victorian times. I love steam punk as a genre, all I need is to find that one author I enjoy to set me on my way.

Who knows, perhaps, eventually the prospect of reading Ann Franks Diary will appeal to me. At present as both a true story, dramatic and historical piece, I am most definitely not seeking it out.