You may by now realise there is a significant lag between real life and my blogs, however I actually wrote all these at the time they happened, but I’m only now getting around to uploading them. Anyway, below is a continuation of my adventures in Kazakhstan.

My goodness 7:30 feels early when you’re a day behind on sleep plus several hours jet lagged, but never mind, I had to meet N___ at 8:10 so he could show me the way to school and get me through security. A short slightly awkwardly silent 10 minute walk later and we were there. N___explained who I was to the guards so they would let me in before depositing me with the vice principle of something or other.

This was not the woman who had interviewed me or had been emailing me.

She had been made redundant. (was back to being a teacher).

As had the part of the V.P.’s role that included all things connected with international teachers.

That explained the lack of organisation and communication the last 2 months.

The V.P. explained a lot about who the different V.P.s were and other leadership positions and why the names didn’t match up with the signs on the doors (not that it mattered, I couldn’t read them or remember anyone’s name anyway). She then led me on a tour of the school. It was very tidy and all the pupils looked very smart. Eventually I was deposited at the Physics department. There were 14 people in the physics department, I was the only one fluent in English.

One of the ladies is called Gulnara.

Gul is a type of flower and nara means camel she informed me.

What a lovely name.

I was asked by several people at different times how old I was. Is this a cultural difference? Is it a fairly standard question to ask a relative stranger in Kazakhstan? I didn’t mind telling them I am 30. They were surprised. They said they thought I was younger, so that was nice I suppose.

The school ran on WhatsApp, or that’s how it seemed. There were loads of groups for teachers and classes, it seemed I needed to download it if I was to know what was going on. I did download it. I still didn’t know what’s going on. 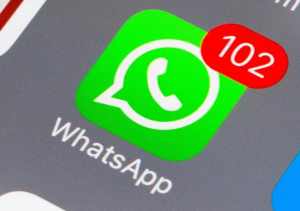 I went to observe a lesson. This particular teacher has very little English but insisted the pupils speak English only. They were researching part of the topic then explaining it to others. Where I come from that’s a classic “f.o.f.o.” lesson. If this was the level expected of me I might be alright.

The only person in the department who spoke reasonable English was M___, she offered to accompany me to lunch in the cafeteria. I went along and spent approximately 80p on a seasoned rice dish that contained carrots and some unidentified meat. It was quite dry but tasty.  We didn’t linger and soon headed back to the department.

I was WhatsApped by the VP in the middle of the day to tell me my contract didn’t start until tomorrow so after meeting everyone else I was free for the rest of the day.

I took that to mean I could go home. So I did.

I was still awake at midnight.

I listened to my audio Russian lessons for half an hour and learnt to count to ten. Go me.

One thought on “Starting My New Teaching Job in Kazakhstan”